This is something that you would experience in any jack-off club: Sensual, intense, penis pleasure with authentic men of all kinds generously sharing touch.

It amazes me that so many men won’t even consider sex without penetration. If you are one of them, you are missing out on literally thousands of wonderful, intense, cum-inducing experiences with as many men as you can imagine. 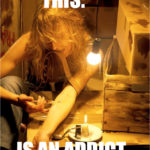 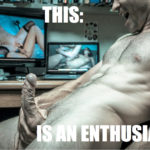 Alcohol and drugs create changes in the chemistry of the brain, while during sex, the brain is working the way it is supposed to.

Does sexual desire affect our judgment? Yes, it does, but this is normal. Human sexuality is designed to make us want to have sex, and everyone has had the experience of wanting sex to the point that they get a little stupid. But it is a far stretch to reach from this mild effect of arousal to suggesting that sex takes away someone’s self-control.

At least I hope you’re telling the truth and not bullshitting, because there’s more than enough misinformation and crap on the internet – especially regarding sex/masturbation.  And that’s just the kind of stuff that the conservative, religious wingnuts jump on.  They’re looking for every bit of junk evidence that enjoying sex for it’s own sake is bad.

And I would also suggest:  try taking a day off now and then.  Try – no pun intended – shooting for quality rather than quantity.  Sometimes, less IS more.

I don’t reblog much, but I appreciate enough of this message to try and help spread it.